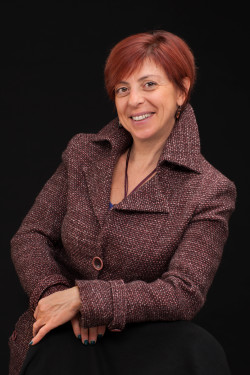 Mrs. Jolanda Noli, a native of Rome, is a Law graduate from the Roman University “La Sapienza”, Class of 1994.

In 1998 Mrs. Noli was admitted to the Bar and joined the Bar Association of the City of Rome.

From 2001 to 2002 she provided legal counseling in the area of debt recovery to the Liquidation Commissioners of SICILCASSA S.p.A. in l.c.a., stationed in Palermo.

Since 2006 she has provided legal counsel to various private companies in many fields such as contract negotiation and closing, due diligence, labour law counseling and more.

She has worked with Mr. Della Bella even before MDB&P was founded.

In 2009 she was appointed Honorary Vice Prosecutor in the Rovereto Court District where she dealt with many cases on town planning, environmental and work-safety misdemeanors.

She attended many Masterclasses over the years in Bankruptcy and Environmental Law.

At this time, aside from her professional career as a lawyer, she practices as Honorary Judge in the Turin Court, levy on real estate.

Her areas of practice also include Taxation law, specifically related to refuse taxation.